Cardiff University astrobiologists say “fossilized biological structures” in a Sri Lankan meteorite are extra-terrestrial in origin. Critics demand more credible tests, telling ET and panspermia fans it’s too early to celebrate. The UK researchers say that tiny algae-like fossils found in meteorite fragments that landed in Sri Lanka last year can’t have originated on our planet, according to the study published in the Journal of Science. The fragments were found after sightings of a fireball in the Sri Lankan province of Polonnaruwa in December 2012, and were subsequently analyzed by local scientists.

Russian meteor largest in a century 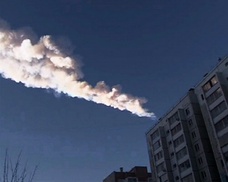 How a Medium’s Brain Changes in a Trance

“This first-ever neuroscientific evaluation of mediumistic trance states reveals some exciting data to improve our understanding of the mind and its relationship with the brain...” 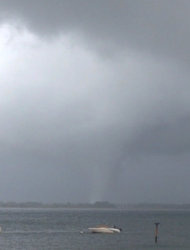 A tornado swept out of the sea and hit a beachfront neighborhood in New York City on Saturday, hurling debris in the air, knocking out power and startling residents who once thought of twisters as a Midwestern phenomenon. Firefighters were still assessing the damage, but no serious injuries were reported and the area affected by the storm appeared small.

Videos taken by bystanders showed a funnel cloud sucking up water, then sand, and then small pieces of buildings, as it moved through the Breezy Point section of the Rockaway peninsula in Queens. 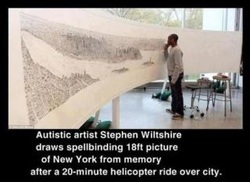 Stephen Wiltshire has created several famous panoramas of iconic cities all around the world, mostly from memory. Starting with Tokyo in 2005, he has drawn Rome, Hong Kong, Frankfurt, Madrid, Dubai, Jerusalem, London and New York on giant canvasses. His website: http://www.stephenwiltshire.co.uk/index.aspx

A TOWN in India is living in fear of a swarm of venomous spiders, which last month left two people dead after being bitten. Read more: http://www.news.com.au/world/two-dead-after-venomous-spiders-invade-indian-town/story-e6frfkyr-1226381896416#ixzz1wqkINbNM

4.2 million fish killed; Texas issues warning to stay away from the Gulf area

Neurotoxic shellfish poisoning (NSP) threatening human health along Texas Gulf Coast prompted Texas Department of Health to issue a warning to stay away from the Gulf area from Brownsville through Galveston where 4.2 million have been killed in the ongoing great Gulf die-off and to not eat the shellfish from there, a situation slightly relieved after a cold front Thursday blew toxins south according to Texas Park and Wildlife, Examiner.com reported.

Texas Department of State Health Services has banned commercial and recreational harvesting of shellfish in the area of the 4.2 million fish die-off and warned the public to stay away from the Gulf area to avoid neurotoxin shellfish poisoning. Since then, updates are hard to find in other news sources.

MEXICO CITY (AP) — Mexican Secretary of the Interior Francisco Blake Mora, a leading figure in the country's deadly war with drug traffickers, died Friday in a helicopter crash on his way to a meeting of judicial officials. He was 45.

_
Spain's Civil Protection for Volcanic Risk has closed two beaches on the island of El Hierro in the Canary Islands because of potentially toxic gasses emanating from an underwater volcano off the island's shore. The decision came after a technician from the country's National Geographic Institute had to seek medical treatment after he was taken ill while measuring carbon dioxide levels there the previous day, Spanish TV reported.

Authorities on the island insist there is no major risk for the population. In the nearby village of La Restinga, one resident said he noticed unusual behaviour from a member of the local feline population, which was scavenging along the shoreline. "We were looking at a cat that was eating in these pools, and the fish in them were dead. We thought the cat was some rare breed, and was it normal that he was eating dead fish," the man said.

The island has experienced hundreds of low intensity earthquakes due to volcanic activity. Witnesses say that explosions from the underwater volcano sometimes blasted 25 metres above sea level. 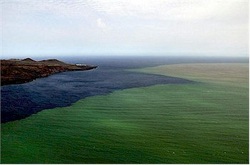 Update 17/10 – 18:04 UTC :  The Cabildo El Hierro has published a little earlier the most convincing video so far. The bubbling spot can be seen very well. The stronger bubbling might be the result of a growing eruption mouth (closer to the surface waters). As we see no real change in seismic activity, there is no reason to believe that a totally new eruption fissure has been opened.  If the location gets more and more stronger tomorrow, we might indeed expect a new island to be born! Video and activity report here.

Steven McCraw, director of the Texas Department of Public Safety, told Reuters the drug gangs have a chilling name for the young Texans lured into their operations.

"They call them 'the expendables,'" he said. - Yahoo News

Villagers like Hasanuddin Sanusi have heard since they were young how the mountain they call home once blew apart in the largest eruption ever recorded — an 1815 event widely forgotten outside their region — killing 90,000 people and blackening skies on the other side of the globe. Read more...

Cloud formation may be linked to cosmic rays 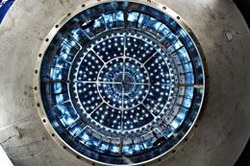 It sounds like a conspiracy theory: 'cosmic rays' from deep space might be creating clouds in Earth's atmosphere and changing the climate. Yet an experiment at CERN, Europe's high-energy physics laboratory near Geneva, Switzerland, is finding tentative evidence for just that.

The findings, published today in Nature, are preliminary, but they are stoking a long-running argument over the role of radiation from distant stars in altering the climate. Read More Here

Mayan Secrets to Be Revealed by Mexican Government in '2012' Doc 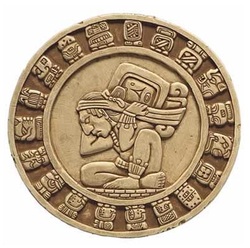 The Mexican government is releasing state-held secrets about the end of the Mayan calendar  to the makers of a documentary, "Revelations of the Mayans 2012 and Beyond," TheWrap has learned.


The information -- protected for 80 years -- is expected to reveal Mayan beliefs in future catastrophes and wisdom characterized as "shocking," producer Raul Julia-Levy, son of actor Raul Julia, told TheWrap. The end of the Mayan calendar in December 2012 has long given rise to theories and speculation about the end of the world. The agreement will allow Julia-Levy to film in never-before-seen locations. Read More Here